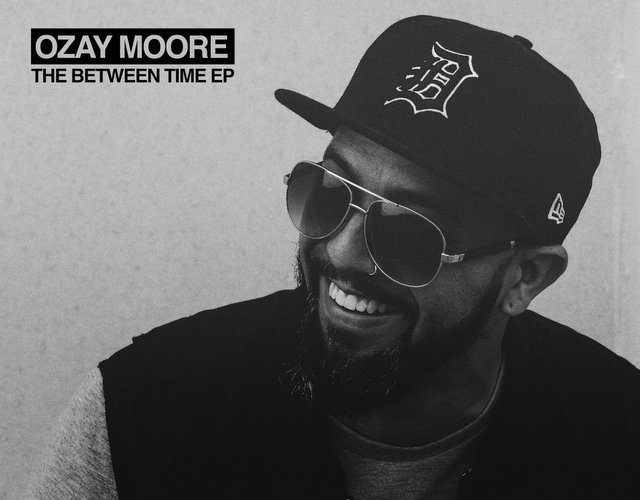 Ozay Moore is one of those ultra-unique veterans in the hip-hop game. Not only does he flaunt a career that has spanned over 20 years and multiple releases,  he also holds credentials that are bigger than hip-hop itself. As a community organizer, teacher and the director for Lansing, Michigan’s All of the Above Creative — a collective that focuses on instructing youth  through the various mediums in hip-hop culture  from the perspective of self-discipline, community awareness, artistic expression and educational forward thinking–Ozay has successfully taken his experience from a lengthy hip-hop career (and a career traveling the likes of Europe, Japan and the United States) to empower, influence and inspire the youth and his community in Mid-Michigan.

Born in Seattle, Washington to a family with a strong musical background, Ozay was always around the scene. By the early to mid-2000s, Ozay (at that time going by the name Othello) was 1/3rd of Lightheaded, a Tres Records group, where he shared the stage with Ohmega Watts and Braille. With stacked songs that rocked empowering lyrics and a mix of old-school hip-hop and new age ferociousness in terms of the music, Lightheaded was a feel-good, hard-hitting group that hip-hop needed at the time. Their songs such as “Unconditional” and “Timeless” still deserve recognition on the blogosphere, and their optimistic nature filled so many hip-hop voids at the time.

From his early career and Lightheaded up until now, Ozay has always made music for the people as a way to further connect himself with his community both domestically and internationally . The group of artists he has worked with proves this even more. Sharing the stage with artists like People Under the Stairs, Binary Star, Slick Rick, DeLa Soul, Prince Po, Ludacris, Freeway, Propaganda and other people in the world of music, Ozay has shown he can rock with hip-hop’s best while uniting all of them to bring and share the culture in the community in concert fashion. While commanding the stage with his dynamic and open attitude, where he connects with the crowd when he’s not belting out soulful lyrics encased in a diverse cadence and wordplay shell, Ozay is always getting open. There’s never a time when he ceases to deliver and share his experience with those in attendance, and it’s that alone which makes him an artist worth keeping.

Ozay has used this name change to signify his overall change in direction. The change may appear simple in nature, but with this Ozay has reflected his need to focus on leading his community rather than his overall rap career.

As a hip-hop artist, community activist and leader, educator and visionary, Ozay Moore continues to make strides in the hip-hop world that are rarely seen or replicated in the overall game. Using hip-hop as a crutch for empowerment (for example: the #build517 movement), leadership, growth, action, education and youth development, Ozay exemplifies what needs to be done in order to progress as one community.

With Ozay’s success as an artist and hip-hop ambassador, Illect Recordings is proud to announce their partnership with Ozay Moore.  Since 2001, Illect has been serving up slices of fresh hip-hop and Ozay brings a hustle and passion for the art that will complement and amplify the Illect brand.

“We believe Ozay Moore adds a unique approach and perspective to our roster,” says Illect president and founder, Josh Niemyjski.  “His focus on art being a tool to foster education and community is unique in hip-hop.  And, with our track record of artist placement in media, we’ll help Ozay expand his audience to additional markets.”

The art of hip-hop is alive…and Ozay Moore is nurturing and preparing the next generation of emcees!